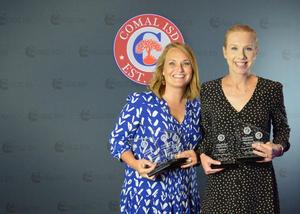 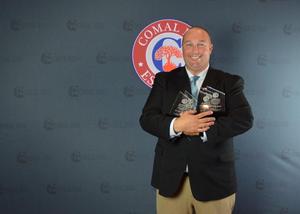 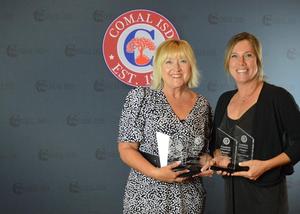 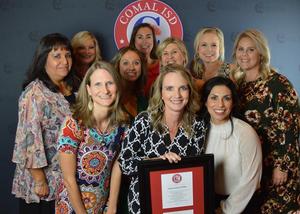 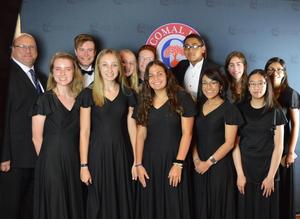 Acknowledging and celebrating both individual and team success is important at Comal ISD. That's why the district celebrates teachers, principals and teaching teams with an annual celebration.

The Comal Independent School District hosted its annual Night of Stars banquet Wednesday, Oct. 2, at the Chandelier of Gruene, honoring teachers and administrators who have been instrumental in student progress and performance for the 2018-2019 school year.

Since earning an “A” with a score of 92 in the state’s A-F accountability system in August, Comal ISD has a lot to celebrate, and this evening showcased campus and teaching teams who exemplify the hard work and dedication it takes to ensure that every student’s success comes first.

The evening’s awards included the district’s 60 distinctions earned from the Texas Education Agency’s 2019 Accountability Ratings; campuses which ranked among the top 10 in the Greater San Antonio Region by Children at Risk; student progress teams; community partners; and a special Parent Teacher Association recognition.

The Smithson Valley High School orchestra under the instruction of Richard Helsley greeted guests as they arrived.

The awards began by honoring several of the district’s community partners including Randolph Brooks Federal Credit Union, Coleman Company, Greater New Braunfels Home Builders Association, Escamilla & Poneck, Walmart, Walgreens and H-E-B. Each of these companies made generous donations to the district and have been willing to lend a hand when needed.

The district also recognized campuses and grade level teams for achievement in student growth. Using data from the previous two years of the STAAR and end of course exams, the district determined which teaching teams for grades four through 10 showed the most progress based on the available data in the subjects of math and English.

-Timberwood Park Elementary earned the maximum six campus distinctions for the 2018-2019 school year by the Texas Education Agency. Mary Stults, former assistant principal at TPES, and Principal Kim Lyssy-O'Bryant accepted the distinction awards during a Night of Stars banquet.
-Mountain Valley Middle School earned six campus distinctions as well. Principal Dustin Davisson accepted the awards.
-Canyon Lake High School earned five campus distinctions. Principal Kristy Castilleja and Academic Dean Angela Looney accepted the awards.
-The Comal ISD Council of PTAs was honored with a special award for its service and commitment to the district. Many members along with board members accepted the award.
-Members of the Smithson Valley High School Orchestra under the instruction of Richard Helsley greeted the guests during the Night of Stars.
Read more CISD news here.